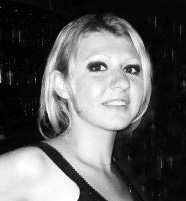 To briefly answer this question, Yes, you should…

To briefly address the question posed by today’s title, Yes, you should… But I’m a law-abiding citizen you say, I have nothing to hide. Nonetheless, as we will dig deeper, drones are becoming more and more prevalent in the sweeping unspecified surveillance of individuals engaging in perfectly legal, constitutional activities, and I don’t know about the rest of you, but I sill like to hope that there is some semblance of privacy left in this world. But then again, since Covid has completely consumed our planet over the last three years, in addition to taking many lives, it has pretty much altogether killed privacy… But let’s get into the specifics.

Many individuals and groups have been raising their very legitimate and substantiated concerns about the use of drones by law enforcement and other governmental agencies for over a decade now. The American Civil Liberties Union (ACLU) specifically addresses the issue voicing the troubling consequences of police use of drones for unspecified unmanned aerial surveillance, namely the widespread employment of drones for warrantless mass surveillance. The ACLU articulates that “drones should never be used for indiscriminate mass surveillance, and police should never use them unless there are legitimate grounds to believe they will collect evidence related to a specific instance of criminal wrongdoing or in emergencies.”

This is absolutely true, as generally law enforcement is required to obtain a warrant in order to conduct any such type of surveillance, unless they are acting in exigent circumstances, but sadly the increasing use of drones severely calls into question the existence of safeguards and accountability to prevent abuse of power and massive violations of individuals’ rights.

In recent years there has been a concerned effort to curtail some of the mass surveillance that tech has so blatantly facilitated on an unprecedented scale. In 2015 Congress passed the USA Freedom Act, which banned bulk collection of sensitive information, such as communications metadata. And in another landmark win for privacy in 2018 the Supreme Court ruled that tracking an individual’s location from their cellphone required a warrant. However, amid these wins for privacy, the exploding use of drones by police are seemingly impossible to curtail, unless the legislature acts to enact restrictions and warrant requirements.

The Project on Government Oversight (POGO) addresses just how invasive, widespread and affordable, law enforcement drones have become. The most popular drone models with police agencies are the Inspire 2 and the Matrice, which cost around $3,000. Chinese manufacturer DJI, the drone maker most favored by U.S. law enforcement sells the Zenmuse Z30 camera, which also runs for about $3,000. The company advertises the Zenmuse Z30 as “the most powerful integrated aerial zoom camera on the market with 30x optical and 6x digital zoom for a total magnification up to 180x.” What this means is that with this technology, law enforcement can monitor individuals from miles away, with extreme accuracy, and the individual being surveyed would have absolutely no idea that they are being watched.

That being said, to equip a Matcice 600 or an Inspire 2 with a Zenmuse Z30 costs about $6,000. In comparison a helicopter, you know, the old school method of police aerial surveillance, costs up to $3,000,000. And that doesn’t take into account the cost of maintenance, operation, etc. So for the price of a single police chopper, a department could employ a fleet of 500 drones! Which you will never see, or hear coming, unlike the very noisy helicopters that would wake up the deepest sleeper when police are searching for a suspect in the middle of the night.

The Center for the Study of the Drone at Bard College, which ironically seized to exist in the Spring of 2020, because well, what’s privacy now anyway, last issued a publication in March of that same year. In their 3rd edition titled Public Safety Drones, they reported that 1,578 agencies in the U.S. employed drones at the time. One can only imagine what that figure has become now, for “health” and “safety” concerns. These figures and statistics and their far reaching capability are rather alarming, but sadly we probably need to come to terms with the fact now more than ever, we are always surveyed…

Disclosure: Please note that none of the information contained within the above column is to be considered legal advice.

Yana is an American attorney licensed to practice in all State and Federal courts of California. Yana holds a Bachelor of Arts Degree in Political Science specializing in International Relations from UCLA, the Degree of Juris Doctor from Loyola Law School, and a Master of Business Administration Degree from Ashford University. Since the beginning of her undergraduate studies, Yana has been involved in various aspects of the field of Electrical Engineering, where she employs her business and legal knowledge to consulting and advising businesses and individuals on relevant topics of concern. Yana also serves as Editor for PACWorld magazine, having been with the publication since its inception. As an attorney, Yana specializes in criminal defense, where she devotes her talents and expertise to fighting for her clients’ rights and freedom.