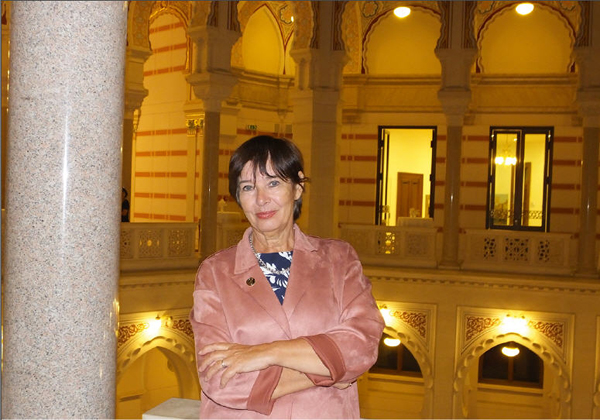 PAC World:  Where did you grow up and where did you go to school?
M.S.: I grew in Sarajevo, Bosnia and Herzegovina, SFR Yugoslavia, where I attended elementary “Arapova” and “Ivan Cankar”, and high school “First Gymnasium”.

PAC World:  Did you have any specific interests while in school?
M.S:  As a child, I had many contradicting interests: arts (I was acting, singing, dancing), architecture, diplomacy, but no interest in engineering. On the other hand, I was the best in math and physics in my class.

PAC World:  Is there a person in your childhood that influenced your decision to become an engineer?
M.S.:  During my childhood, I never thought of becoming an engineer.  My dream was to attend the academy of art in Paris, France, and become a movie director. It was 1968 – the year of revolt – youth movement and protests everywhere.  The most spectacular demonstration of all these was the May 1968 protests in France, so my father advised me to wait one year and study something temporarily at home.

PAC World:  Where did you go to university and why did you choose that particular one?
M.S.:  I followed my father’s advice to stay at home and apply for admission to the Electrical Engineering (EE) faculty at the University of Sarajevo. Why EE? At that time, it was a big challenge to be accepted into the EE faculty. As a silly girl, it was like a game to me to show off to all the boys, who had a dream to become an engineer, that “I can do it too.” My good grades in math and physics helped me to get accepted to this school without any exams. I did my first year and …then I met a boy (my husband) at school, who inspired me to stay and continue to study EE.

PAC World:   How did you start you career and what was the reason to make this choice?
M.S.:  At that time, Sarajevo was at the center of the Electrical Power Industry. Energoinvest (E), with its consulting, R&D, and manufacturing was one of Eastern Europe’s largest conglomerates, and was the most prestigious place to work in Yugoslavia. This company had an engineer in training program for two years, which was a great opportunity for junior engineers.  I applied for a scholarship from “E” and after graduation I joined their Automation Department where static protection was developed.

PAC World:  How did you end up in Canada and more specifically in Vancouver?
M.S.:  I immigrated to Canada in 1995 due to the war in former Yugoslavia.  My husband and I were working in Libya on “E” projects that included the 220 kV SF6 substations with, the new (at that time) static protection. Then the war happened and we (along with our children) were stuck in Tripoli. It was a difficult decision for us to immigrate to Canada, but we did it for our children’s future.