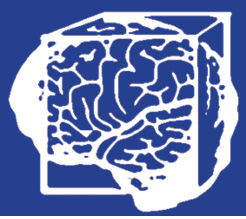 We made it half way through 2020 and what should have been another good year for most of the people on this planet has turned into a major disaster.

For months now, the world is under lockdown and the pandemic, COVID-19 and quarantine have dominated our lives thus far. It feels like the first half of 2020 there has seen more devastating events than any other year I can remember.

We started the year with huge bush fires in Australia that killed millions and millions of animals and destroyed large pieces of land. We saw an impeachment trial against the US president, we witnessed the UK leaving the EU, read about Asian giant hornets being sighted in the US, we are witnessing the worst locust outbreak in East Africa in decades spreading to Asia and South America destroying crops everywhere they land, and last but not least we have seen heavy racial riots in the US and other countries around the world.

Yet the one thing that has dominated 2020 has been COVID-19. To be honest, in the beginning I was following the daily updates on the spread of the virus that originated in China on multiple channels. After seven months of more of the same I am tired of reading about yet another so many thousands of people infected, died, hospitalized or cured. In the beginning I was on the side of people who said that this was comparable to a flu outbreak, I then, under the influence of the medical reports swung to the side favoring lockdowns and restrictions of our freedom. I was happy to see skies over major cities clearing, pollution levels dropping and the earth starting to recuperate. However lately I have been thinking of another consequence of the pandemic.

The economic damage that COVID-19 has brought to the majority of the economies around the world, and I leave it up to you to analyze which one hasn’t been that heavily impacted and why, will create something that may be far worse than the pandemic itself. As a result of the pandemic and the subsequent lockdowns, thousands of companies have gone belly up and many more will follow soon, and millions have lost or will lose their jobs. In the Western World, governments responded to the economic downfall by creating stimulus programs and guarantees for companies and employees, which although increasing state debts may help the economy and the people survive throughout this pandemic. As you probably know, I work in South America, in countries that are trying to develop themselves, yet that still have a large part of the population surviving on a day to day basis. The question that I am asking myself is what will happen when the people that have been forced into quarantine and that have lost their income and their means to survive, will start to starve? Will we see people revolt against the governments and the lockdowns? Will we see a crime spree of desperate poor people trying to take food and money from other people? Will there be anarchy and war?

I am afraid that the consequences of our measures to try to contain and manage the pandemic, not to overload the healthcare system and save human lives may prove to be counterproductive when millions of people will die of starvation, public turmoil, riots, street crime or even war. I think we should carefully start to discuss what is more important to the human race while observing ethics and human rights and start weighing the consequences of the actions triggered by COVID-19.

At the same time, I think we should have a worldwide pandemic strategy, considering what we have learned from this outbreak and how several organizations and governments have failed at responding adequately and timely. The discussion will most likely, as so often, be about the money and who has to pay for such a strategy to be developed and implemented. If we consider the price we are paying today and the effect the pandemic has had on humanity, this should be an easy discussion.

However, if we cannot agree on what to do to prevent or control another outbreak, because politics and power are more important, then I am in favor of letting a virus or bacteria roam around the world while we continue doing what we have always done, as I do not think that another series of draconic measures such as lockdowns and limitations of the freedom of movement are the right thing to do in the long run.

I am looking forward to seeing constructive discussions about the matters at hand and the proposed ways but would appreciate it if we can avoid the uncivilized naming and shaming that has become so common on social media nowadays, as people feel they can hide behind their accounts and are not responsible for what they write.

To close with a positive note. I am sure we will get through this pandemic and that, with the lessons learned, there will be a bigger push than ever to do the right things. The future may therefore be brighter than we thought in so far.

Marco C. Janssen is the CEO of UTInnovation LLC and the former Director of the Smart Grid PMO at the Dubai Electricity and Water Authority. He received his BSc degree in Electrical Engineering from the Polytechnic in Arnhem, Netherlands and has worked for over 27 years in the field of Smart Grid, Protection, Control, Monitoring, Advanced Metering Infrastructures, Distribution and Substation Automation. He was a member of IEC TC57 WG 10, 17, 18, 19, the IEEE PES PSRC and CIGRE B5 and D2 WGs. He was the convenor of D2.35 and editor of the Quality Assurance Program for the Testing Subcommittee of the UCA International Users Group. He holds one patent, has authored more than 58 papers, is co-author of four Cigre Technical Brochures and two books on Smart Grids and Electrical Power Substations Engineering and is the author of the “I Think” column in the PAC World magazine.