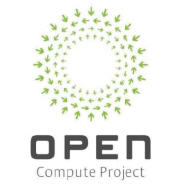 One of the main requirements in today’s fast moving world is the need for efficiency. As we all know, efficiency means achieving a specific goal with minimized use of a specific resource.
Another characteristic of our modern world is the explosion of data. Data is everywhere around us, including in the electric power industry. We get data from all smart devices that are part of the Internet of Things (IoT), GOOSE messages from IEDs, synchrophasors from PMUs or sampled values from merging units.

All this data needs to be stored somewhere in a cloud – private or public. And clouds means servers, many of them. Data centers consume significant amount of electric power – for example in 2013, U.S. data centers consumed an estimated 91 billion kilowatt-hours of electricity, equivalent to the annual output of 34 large (500-megawatt) coal-fired power plants.

Because of the above, the announcement of the Open Rack Standard V2.0 is a significant one, because it will have a significant impact on the electricity consumption by data centers.
GOOGLE finally joined up with the Open Compute Project – the Facebook-led effort to build better computer hardware. The two fierce rivals joined forces producing a new proposed standard, called Open Rack 2.0. While the first Open Rack standard was built around the existing 12-volt power standard, GOOGLE has been using very efficiently an internally-developed 48-volt technology. The higher voltage allows the reduction of losses and as a result saves significant amounts of energy and money.

The publication of the new proposed standard will encourage all stakeholders in the data servers’ hardware manufacturing industry to adopt it, which will result in significant energy savings in a time when we are all trying to help reduce global warming by reducing power consumption.
For more information you can visit www.opencompute.org